And to say it almost made it. Less than 48 hours before the San Francisco event, Apple had managed to keep almost complete secrecy about the products it was going to unveil soon. Certainly, rumors and some renderings had appeared on the Net, but nothing more.

In the end, however, the Cupertino company has compromised itself with its own hands, unintentionally revealing what had to be, instead, the biggest secret of Thursday night. In releasing the update to macOS Sierra 10.12 (due to some bugs that compromised its proper functioning), the Californian company also included some images of the new MacBook Pro, the laptop computer expected to be the protagonist of the October 27 presentation. A rookie mistake (but will it really be so?) that makes the vast majority of users and fans of the bitten apple products happy, though. Here's why.

What the leaked images allow you to discover

The two images "forgotten" within the update are related to the release of Apple Pay also on iMac and MacBook and allow you to discover several interesting details about the MacBook Pro that will be presented in a few hours in San Francisco.

First of all, Apple continues with the policy of cuts. If in the iPhone 7 and iPhone 7 Plus the 3.5-inch audio jack was eliminated, in the MacBook Pro disappears the entire row of Function buttons(F1, F2, F3 and so on up to F12), including the Esc key. But don't worry: the space previously dedicated to these keys is now occupied by what has been defined as the Magic toolbar, the small OLED and touchscreen that provides information about the applications in use on the PC and to interact with them without having to open them. Rispetto ai vecchi tasti funzione, la Magic toolbar dovrebbe permettere agli sviluppatori di aggiungere nuove funzionalità e nuove modalità di controllo: grazie a questa sottile striscia OLED, ad esempio, si potrebbe controllare la riproduzione delle tracce audio con Spotify o dei video con Netflix, oppure aumentare o abbassare la luminosità dello schermo con un solo tocco. 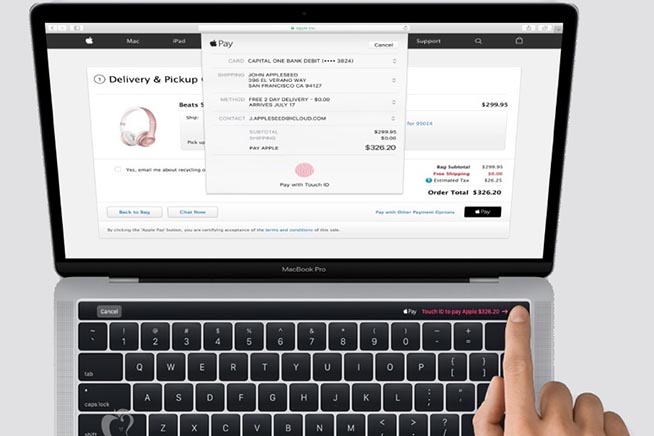 The keyboard, however, seems to inherit the same technology adopted with the 12-inch MacBook: ultra-thin keys and with a "movement" reduced to a minimum to allow an ultra-thin design. It must be said that this model of keyboard was not received very positively by many users, but evidently Apple designers will have had their good reasons to repropose it: someone claims that the MacBook Pro will be as thin as ever. We'll see.

The other news we'll discover together during the presentation tomorrow, which we will follow live here on Libero Tecnologia.