Do you have something to send to your friend on the International Space Station or, more simply, do you want to make a special Christmas gift for someone just as special? Then you should visit the Rocket Builder portal of United Launch Alliance and put your hand in your wallet.

The U.S. company, among the few private operators to make space travel, has created a site where you can configure, according to your needs, a real rocket, ready to be sent into orbit. Two are the hypothesis: ULA is joking (but April is still far away) or it has actually identified the right target to which offer its services and someone - maybe some telecommunication company or country - really has the need to build and launch in the space a customized rocket with on board who knows which precious load. Or are there such wealthy, and perhaps jaded, people in the world looking for a new, out-of-the-ordinary hobby. Who knows. Yet the site is built with all the bells and whistles and offers accurate prices for every possible extra option calculated in real time.

The Road to Space

To launch a rocket into space, with its cargo on board, the Rocket Builder site requires the following information: the launch date, the desired orbit (GTO, GEO, LEO, polar or solar), the weight of the cargo, and a number of other "service options."

It appears that, on balance, the most expensive option is a geostationary orbit with a large payload on board for which you have to shell out roughly $155 million. Solid propellant is, in fact, not cheap. If you add the "signature" option (another $10 million) you get some bonuses consisting of a cargo adapter, spacecraft separation system, separation shock tests and a post-launch mission analysis. The " full spectrum" service (another 20 million), on the other hand, offers the option of an on-board video, additional mission simulations, environmental cargo instrumentation, and classification as a safe mission. RocketBuilder's pricing, by the way, appears not to include all the services required by the U.S. government to launch a rocket. Ma è un dettaglio. 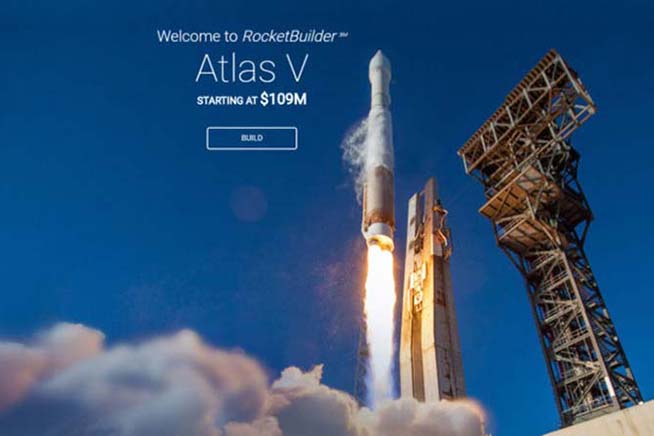 Moral of the story

The purpose of the Builder Rocket site is to "steal" potential customers from cheaper companies - like SpaceX - that charge about $60 million for an entry-level launch. ULA not being able to compete with aerospace realities with that of Elon Musk at such "cheap" prices, makes weigh its "added value" with an extra $65 million.