Available also in Italy on Android and iOS, the new feature will allow you to store the exact position where a car was parked

Don't remember where you left your car? Don't worry, from today you can search for it with Google Maps.

After introducing the feature that helps you find parking, the California-based company launches a new feature that will also allow you to find your parked car.

Google has started releasing the update for everyone, after a trial period that began a few weeks ago with the introduction of the feature in beta mode. The new service, which will allow you to remember where you parked your car, is already available in Italy both in the Android version and for devices running on Apple's operating system. 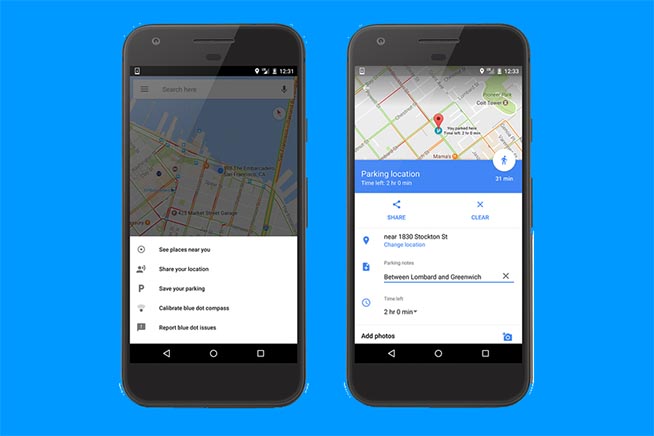 Let's start with the Android version.

To activate the feature, simply click on the blue dot on the map,

that serves to identify the location.

Then a menu will open at the bottom, within which there will be some options.

To store the exact location of the car, you will need to click on the item "Save as parking location" or on the icon in the shape of "P". At this point, a label (the classic red one) and the words "You have parked here" will be inserted on the map.

How to track the car on iOS

On iOS, the operation of the new Google Maps service is very similar to that of Android.

Also in this case, you will need to tap on the blue dot on the map and press on the item that allows you to save the parking.

As for Android, on Apple devices you can also add notes, such as photos or text notes. Also, if the smartphone is connected with the car via Bluetooth or USB connection, parking will be added automatically as soon as the user disconnects and leaves the car.

Finding the parking location with Google Maps is possible by asking the Google Assistant for help. Here's how:

The first thing you need to do is enable geolocation by opening the "Settings" app on your phone. Under "Personal", tap on "Location".

Then you need to talk to the Google Assistant by holding down the Home button on the Phone or by saying "Ok Google" and "I parked here" or "Remember where I parked". These two modes apply only if geolocation is enabled.

Otherwise you need to be more specific. For example, "I parked my car on the second level" or "I parked in Via Matteotti".

When the time comes to find your parked car, all you have to do is to do the same thing but ask the Google Assistant "Where is my car?" or "Do you remember where I parked?".

If geolocation is active, the Google Assistant will show you a map with the location of the parking lot, otherwise it will tell you where the car is based on the information you gave earlier.