As the number of megapixels continues to climb, it turns out that some important new camera functions would be possible with just one megapixel

Strange, but true. A group of Chinese researchers at Xi'an Jiaotong University - led by Bin Bai - has designed a single-megapixel camera that can photograph objects that the human eye can't see from its angle. Like, for example, what is "hiding" around a corner. 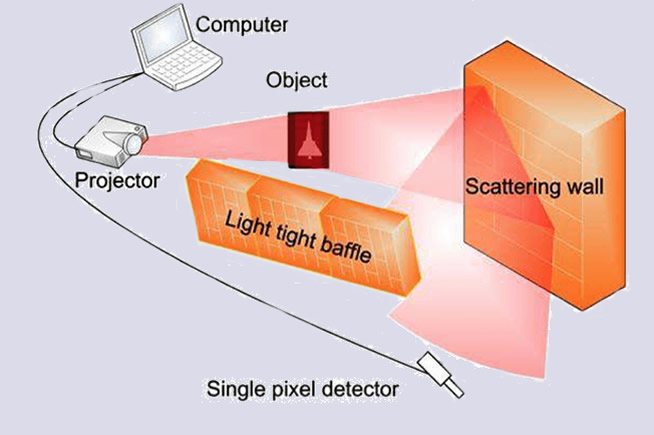 Il processo di scattare una foto inizia con la randomizzazione della luce che colpisce la fotocamera – in pratica la luce viene catturata a caso senza un preciso criterio – e la registrazione dell’intensità. If this process is performed 50,000 times, also thanks to the presence of special algorithms, it becomes possible not only to put together all the collected pieces - as in a puzzle - but to create, from all the individual photos taken, the image of the object only on the basis of reflected light.

This experimental camera will have limitations, but certainly not at the level of resolution. The reason lies precisely in the fact that by reading the image 50,000 times, when all the data is combined, the result will give a high-resolution file, despite the one-megapixel resolution of the sensor. One of the probable limitations is precisely that of taking 50,000 photos, also because the Chinese research group did not provide the time taken for this operation. And the use of several exposures certainly doesn't allow for photographing moving objects.

The Chinese research group at Xi'an Jiaotong University isn't the first to try to make a camera that can see around corners; a team at MIT (Massachusetts Institute of Technology) also received funding from the U.S. Department of Defense for a camera that sends a laser bouncing off objects. In this case, based on the time it takes for the laser to return to the camera, an algorithm is able to develop a digital reconstruction using distances calculated from the reflection produced by the laser.