Apple presents two new devices: the iPhone 7 RED that allows you to raise funds to fight AIDS and the iPad 9.7 inch

The news was in the air for a couple of days, but now it's official: Apple is ready to launch new devices on the market. But this time no official presentation, the devices will be available for purchase from March 24 directly on the site of the Cupertino company and from the following week in Apple Stores. 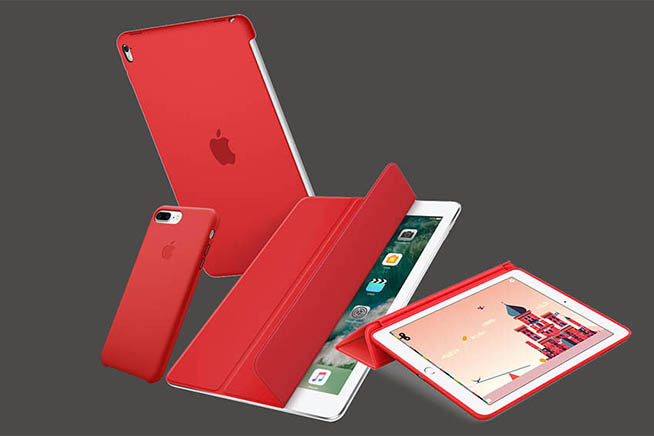 Apple has decided to update the iPhone SE as well by launching two new models with 32GB and 128GB internal memory. The iPhone SE is the 4' inch model launched by the Cupertino company for nostalgic people of small smartphones. The devices will be available from March 24 on Apple's website at a price of 509 euros.

The big news of the iPad 9.7 inches is the Retina screen that will allow users to take full advantage of all the content available on the App Store. The device is designed for both the work environment and for kids who like to study with a digital medium. The tablet mounts an A9 chipset, while the front camera allows you to use FaceTime without any problem. The iPad will be available from March 24 on the company's website and from the following week in Apple Stores. For the 32GB model the price will be 409 euros, while for the 128GB version you will need to spend 569 euros.

Apple has also updated the iPad Mini 4 series, the tablet with a 7-inch screen dedicated to those who are always on the go. The available space grows up to 128GB, while the price remains the same as the previous version: for the Wi-Fi only model you have to shell out 489 euros, while for the Wi-Fi + Cellular version you will have to add 150 euros. The new iPad Mini 4 will also be available from March 24.