First tests for the Hyperloop project brought forward by Elon Musk: built a tube of a kilometer and a half in California. Speed reached 90 km/h

Another step towards the final goal. Elon Musk is determined to realize one of his many crazy ideas: to connect the main cities of the Earth through Hyperloop, a superfast train with magnetic levitation capable of reaching 1200 kilometers per hour.

In the last few months, several projects with the maglev train at their center have made headlines: in the United Arab Emirates, the company Hyperloop One is building a "railway" capable of connecting the major cities of the Middle East in just under an hour, while the company Hyperloop Transportation Technologies has focused on Europe and has signed an agreement with the Czech Republic and Slovakia to connect Prague and Bratislava in just over ten minutes (HTT has recently opened a factory in France where to build the tubes that will allow the passage of the capsules)

The role of Elon Musk in Hyperloop

Both the Hyperloop One project and Hyperloop Transportation Technologies do not include the participation of Elon Musk, one of the creators of the superfast train. The U.S. entrepreneur, however, has not stepped aside but has built in California a tunnel just over a mile long where to start the first tests. During the last weekend of January, Elon Musk organized a competition between thirty teams, from all over the world, who presented their model of the train. L’evento ha richiamato ragazzi delle più importanti università del mondo: MIT di Boston, Virginia Tech, solo per citarne alcune. Il tunnel è stato costruito all’interno del quartier generale di SpaceX, l’azienda di Elon Musk che ha come obiettivo quello di rendere economici i viaggi spaziali. Dei 30 team, solamente tre hanno superato i test iniziali e hanno potuto provare il loro Hyperloop all’interno del tubo. 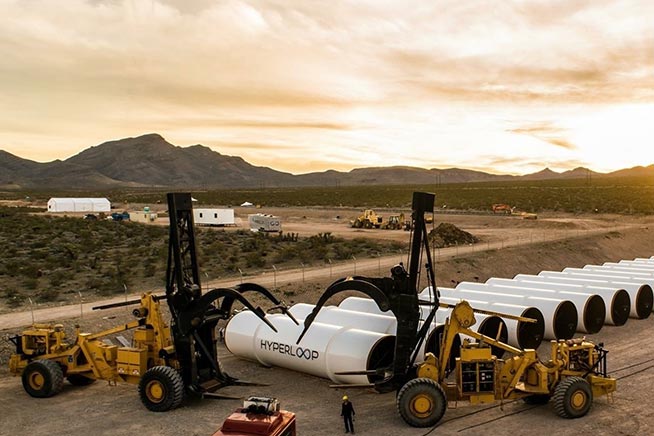 In the coming months more tests will be carried out with the participation of new teams: this is only the first small step towards what will be Hyperloop. Although Elon Musk assured during the event that he has new plans to improve the world's road system.

Some of the videos in this section have been taken from the internet, so they are considered to be in the public domain. If the subjects present in these videos or the authors have something against the publication, just make a request for removal by sending an email to: [email protected] We will delete the video as soon as possible.