The Moto Z2 Play is the new top of the range Motorola: mounts the Snapdragon 626 chipset supported by 4GB of RAM and 64GB of internal memory. Price 499.99 euros

After a period of absence, Motorola returns to launch its new smartphones in Italy. And it does so by presenting 3 new devices and new Moto Mods, accessories to connect to the smartphone and increase its functionality. Moto Z2 Play, Moto E4 and Moto C are the new phones that will be launched in Italy from mid-July (at least the top of the range).

After passing into the hands of Lenovo, Motorola has decided to relaunch its brand in Italy. The phones of the U.S. company have always been very popular in the Bel Paese, despite the arrival on the Italian market of devices of Asian companies. With the new smartphones, Motorola wants to return to play a leading role and to do so has decided to present three new smartphones that occupy all price ranges. The Moto Z2 Play is a premium device with quite interesting features, the Moto E4 is dedicated to those who are looking for a device with good value for money and the Moto C, an entry-level for those who use the smartphone only for calling and texting.

The flagship of the return of Motorola in Italy is definitely the Moto Z2 Play. The features are very interesting and the smartphone can be considered the top of the range of the company. The Moto Z2 Play mounts a Snapdragon 626 chipset supported by 4GB of RAM and 64GB of internal memory, with the possibility to expand it up to 2TB. The screen is 5.5 inches with a 1920 x 1080 resolution with very narrow side bezels. One of the most interesting features is definitely the photo compartment: the Moto Z2 Play mounts a dual rear camera with a 12 Megapixel sensor and an 8 Megapixel one. The front camera is 5 Megapixels. The battery is 3000 mAh, which allows you to get through the day even after intensive use. But in case you need it, thanks to Turbo Charging technology, you can get 8 hours of autonomy with a 15-minute charge.

The U.S. company has also made exclusive features to enrich even more the Moto Z2 Play. We are talking about the so-called "Moto Experiences", functions that improve the usability of the system. For example, with the Night Display feature, the screen will automatically adapt its colors when night falls. While the Moto Voice assistant becomes even smarter and capable of recognizing user requests.

The Moto Z2 Play will be available from mid-July at a suggested retail price of €499.99.

Features Moto E4 and E4 Plus

Motorola has announced the launch in Italy of the E4 and E4 Plus as well. These are two mid-range smartphones that will be able to carve out a good slice of the market. The features of the two smartphones are quite similar, the main difference is the screen of the smartphone.

The Moto E4 mounts a 5-inch screen with 1280 x 720 pixel resolution. It mounts a MediaTek MT6737 chipset supported by 2GB of RAM and 16GB of internal memory, expandable with microSD card. The rear camera is 8 megapixels and the front camera is 5 megapixels. The battery is 2800 mAh. The price will be 150 euros.

The Moto E4 Plus has a 5.5-inch screen with 1280 x 720 pixel resolution. The hardware components are the same as the Moto E4 with the only difference being the front camera that is 13 Megapixels and the 5000 mAh battery that ensures a battery life of a couple of days. The recommended price is under 200 euros.

Features Moto C and C Plus

Motorola also comes back powerfully in the field of entry-level smartphones with the Moto C and Moto C Plus. These are two smartphones with very limited features, but for those who are looking for a device that costs little and offers all the most important features are excellent.

The Moto C mounts a chipset MediaTek MT6737M supported by 1GB of RAM and 16 GB of internal memory. The screen is 5 inches with 854 x 480 pixel resolution, while the rear camera is 5 Megapixels and the front camera is 2 Megapixels. Battery 2350 mAh. Price less than 100 euros. 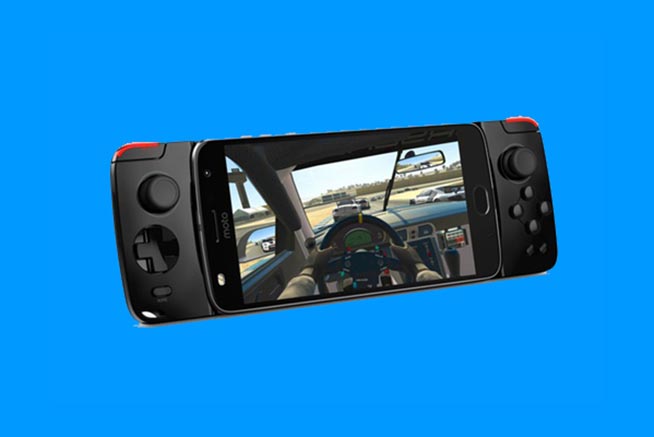 The Moto TurboPower Pack is an additional battery that provides an autonomy of 24 hours: for those who use the smartphone continuously is a great ally.