Nokia returns to the field and does so with a very interesting smartphone. For the moment, however, the Nokia 6 will only be available in China

Four years of rumors and rumors about alleged new devices and the failure of the company. But in the end, the fans were rewarded: Nokia has officially presented the smartphone that marks the return of the Finnish company in the field of telephony. The Nokia 6 will be the smartphone of redemption.

With the official presentation of the Nokia 6, the Finnish company closes a complicated period: the partnership with Microsoft should have brought the company to have a leading role in the smartphone industry and instead the experiment failed miserably. Now Nokia returns to the field thanks to the agreement with the Chinese company HMD Global that will produce Android smartphones using the brand of the Finnish company. Il progetto prevede il lancio di cinque o sei smartphone (e di alcuni tablet) entro la fine del 2017, realizzando device dall’ottimo rapporto qualità-prezzo. 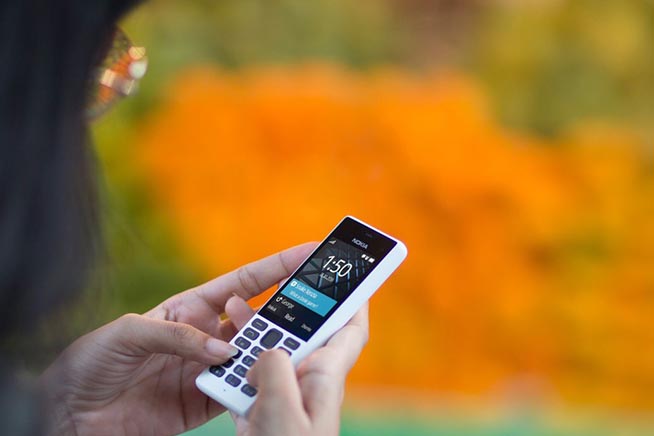 Tra i modelli lanciati sul mercato, anche un telefonino “vecchia maniera”. Click on the image to find out what it will look like

Now let's move on to the technical specifications: the Nokia 6 will mount an SoC Snapdragon 430 supported by an Adreno 505 GPU, 4GB of RAM and 64GB of internal memory, expandable up to 128 GB with a micro-SD card. The photo compartment includes a 16-megapixel rear camera and an 8-megapixel front camera, dedicated to selfie lovers. It will have a biometric sensor for personal data security and the battery will be 3000 mAh. The Nokia 6 will be dual-sim and will mount Android 7.0 Nougat.

Despite a chipset that is not at the level of the most performing available on the market, the technical characteristics of the Nokia 6 are very interesting and place it in the same price range as the Samsung A series. Compared to the South Korean devices, however, the Nokia 6 has a much lower price. In fact, you will be able to buy it at a figure of about 250 euros. The only problem, however, concerns the availability in Europe. HMD Global has announced that the smartphone, at first, will be available only for the Chinese market.

All users waiting for the return of Nokia in Italy will have to wait until late February, when the Finnish company will present the other devices at the Mobile Wolrd Congress in Barcelona.

Some of the videos in this section have been taken from the internet, then evaluated in the public domain. If the subjects present in these videos or the authors have something against the publication, just make a request for removal by sending an email to: [email protected] We will delete the video as soon as possible.