ProtonMail is a project developed by a team of CERN researchers that uses client-side encryption, i.e. on the sender's computer or smartphone, to protect the contents of his emails and data even before they are sent to the servers of the mail service in question.

ProtonMail uses servers that are physically located in Switzerland, thus outside the jurisdiction of the United States and the European Union. The service, as mentioned, guarantees the security of messages through an end-to-end encryption, that is, it encrypts communications thanks to a system of public and private keys. It uses, therefore, an asymmetric encryption algorithm - that is, with a public key - and doesn't store anything on its servers. The keys are stored only on the computers or smartphones of the sender and the recipient of each message, and it is on their systems that all the encryption and decryption operations take place.

How ProtonMail works on TOR

ProtonMail has announced that, from now on, its users will be able to use the service from the TOR (acronym of The Onion Router) network by connecting to an "onion" address, i.e. https://protonirockerxow.onion. What is the TOR network? It is a system that uses a communication mechanism able to protect the anonymity of the users hiding them from the normal analysis of the internet traffic. Quello che succede, spiegato in altri termini, è che i messaggi continuano a essere crittografati con la tecnologia messa in campo da ProtonMail ma, in aggiunta, non attraverseranno più il web in modo “normale” – ossia spostandosi tra i vari client e server che popolano il World Wide Web – bensì saranno trasmessi passando esclusivamente all’interno del circuito crittografato di router Onion che costituiscono la rete TOR. Una doppia sicurezza, insomma. 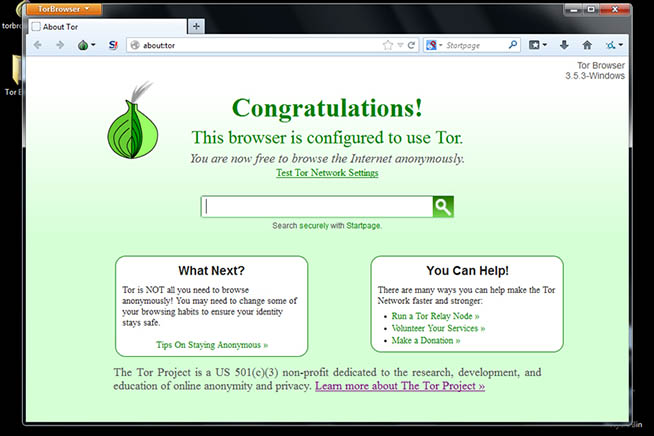