Are you familiar with Zwift? If we want to explain things as they are we can define it as a software for indoor cycling. But in reality it's much more than that. It's a community of enthusiasts who enjoy sharing workouts and races virtually. Gaming, fitness and social combined together.

How Zwift works. Without saying too much, Zwift is a software designed for those who like to ride on rollers at home or at the gym. Thanks to a screen we see our avatar perform the activity according to our pace. We can go for a ride with a distant friend, or participate in a real race against other users. We can even choose the route we prefer. Non c’è bisogno di attrezzature di ultima generazione, i sensori sono infatti applicabili su quasi tutte le biciclette da corsa con rulli. Ovviamente questi sensori cambiano la difficoltà in base al percorso scelto. Se siamo in salita, pianura o discesa. 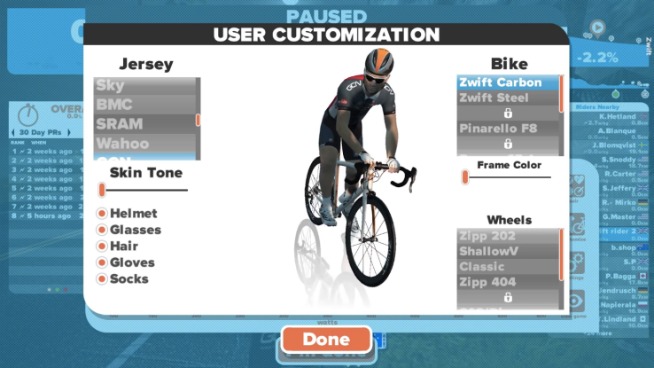 The future of fitness with gamification 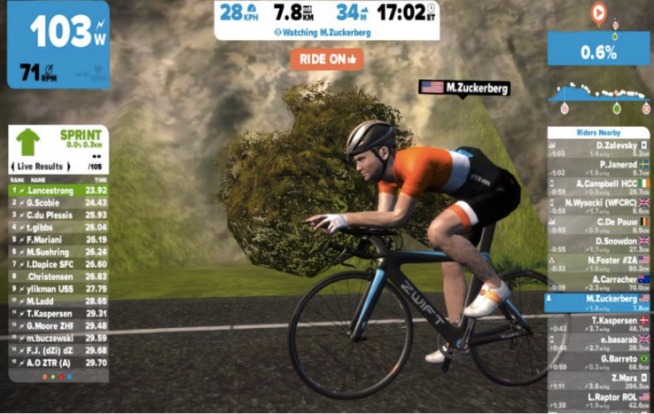 The interface of Zwift

One of the main problems for the development of Zwift is the use of means and technologies still not so widespread. Not all enthusiasts have rollers, and not everyone wants to train in a gym or indoors. The challenge aspect, however, could benefit Zwift. Having a profile with an avatar and personal stats, challenging others, choosing the brand and type of bike and even jersey colors. And in this sense, the company aims to improve by including by 2017 new aspects such as mustaches, goatees, jewelry and the like, and by introducing voice interaction during the ride. Zwift's final project is then to transform everything into a mobile app, initially available only for iOS, making it easier to use the service. An aspect that could broaden the field to include marathons. It's no coincidence that the startup has recently received $25 million in funding. We don't know the exact name of the "benefactors" but it seems that they come from a famous company based in London and involved, among other things, in the video game sector.

It's probable that Zwift will focus strongly on virtual reality, even if it's still difficult to hypothesize the use of visors for long training sessions or races in VR. Instead, it's more likely to develop and partner with gyms and exercise bike and treadmill companies to put the app directly inside them. CEO Eric Min says he wants to create the most active existing fitness platform on social. Min also plays up the safety factor for indoor cyclists. No problems with cars, schedules or sketchy areas.

(The video in the opening Indoor Cycling Outdone is from YouTube)

Some of the videos in this section were taken from the internet, therefore rated in the public domain. If the subjects in these videos or the authors have something against the publication, just make a request for removal by sending an email to: [email protected] We will provide to the cancellation of the video in the shortest time possible.