It's still some time away, but the countdown is now on. The appointment with CES 2017 is getting closer and closer and the first rumors and predictions on what should be the protagonists of the event are already starting to flow.

Not that things should be very different from what we've seen in recent editions: the protagonists of the Consumer Electronics Show in Las Vegas will be as usual smartphones, connected TVs and smart cars. Some variation on the theme, however, there should be: the many exhibitors that will appear in the American city from January 5 to 8, 2017 will try to amaze the hundreds of thousands of expected spectators with new features and innovative functionality. Qualunque sarà il reale protagonista della manifestazione, c’è da esser certi che nessuno resterà deluso. 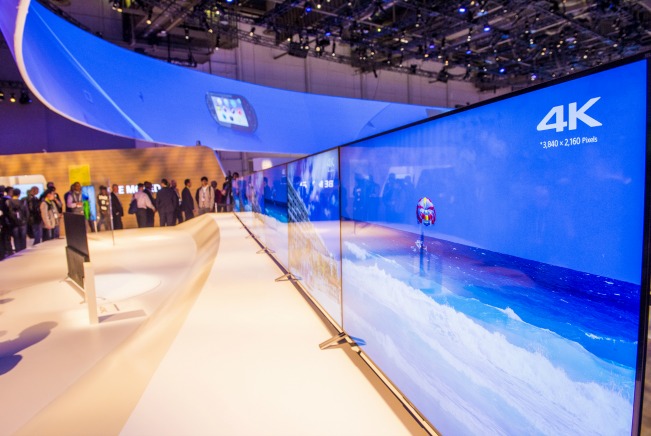 The concept of technology and "consumer electronics" has now expanded to the point that even cars have their own space - quite large - among the pavilions of the Consumer Electronics Show. And it is very likely that precisely the connected cars will be more or less expected protagonists of the Las Vegas event.

One manufacturer, just to give an example, has already anticipated its participation in CES 2017 by showing a trailer of what awaits visitors to the Nevada fair. In the video released by Faraday Future - this is the name of the U.S. manufacturer - it is possible to perceive the shapes of a roadster that should make its commercial debut in the second half of the year. In an email sent to the press, the company said that their car, besides being electric (of course), will combine high technology with the highest standards of the automotive industry.

Faraday Future, however, will not be the only manufacturer to show some news between January 5 and 8, 2017. It is likely that, as in the 2016 edition, the various Mercedes-Benz, Ford, Volvo, Chevrolet, Volkswagen and Kia will also have some announcement to make, while Nissan has already made it known that it will not miss the appointment and, indeed, will have a presentation scheduled.

There can also be no lack of news on the self-driving car front. Little is known at the moment, but after Tesla (particularly active in this last part of 2016) announced that it will equip all its models with $8,000 worth of hardware needed for autonomous driving, it is likely that other startups and manufacturers will also take advantage of the large audience at CES 2017 to make announcements in this area. Leading the way we find, just as an example, the Taiwanese of Nvidia. The giant of the production of chips and graphics accelerators, for example, has already announced an event during which it will present a computer system designed specifically for self-driving cars. We'll see what this announcement will materialize into.

After Samsung, Facebook, HTC, Sony and Google (which is simultaneously working on a new and more advanced prototype of a visor) were joined by Microsoft, we can well say that only Apple is missing from the roll call. And it's likely that CES 2017 will not be the stage from which the Cupertino company will announce its entry into the world of virtual reality (given also that CEO Tim Cook has repeatedly declared his preference for augmented reality).

This is not to say that virtual reality viewers will not be among the protagonists of this edition of the Consumer Electronics Show. On the contrary: it's likely that Microsoft's announcement during the event on October 26 (several manufacturers are ready to launch VR visors on the market starting from 299 dollars) will further shake up the sector and the first results could be visible as early as next January 5.

It's true, CES has never been the preferred stage for smartphone manufacturers (also due to the proximity of the Mobile World Congress in Barcelona, where Samsung should present the Galaxy S8). However, as happened in the past, some surprises cannot be excluded. If you want to venture some predictions, it's easy to imagine that manufacturers will follow in the footsteps of Apple and the iPhone 7: underwater models (or at least waterproof) and without 3.5 mm audio jack.

Drones, wearable devices and much more

If those just listed are the likely protagonists of CES 2017, the stage of Las Vegas will be anything but poor of co-protagonists. Other hi-tech devices such as drones, wearable devices (fitness trackers and more) and some novelties in the audio field will also manage to carve out their space.

Small remote-controlled aircraft, for example, literally invaded the 2016 edition of CES, with models for all budgets and all needs. One year on, we are faced with a market (and devices) that is certainly more mature, but capable of continuous renewal. In the past months, for example, GoPro and DJI have presented the first models of "foldable" drone and it is far from unlikely that other manufacturers will present in Las Vegas with similar specimens. Not to be underestimated, moreover, the "new lever" of drones for selfie (also called drones, from the crasis of the two words), inaugurated by Qualcomm and WeChat with Ying.

On the wearable device front, we can expect news from Samsung and FitBit, but fitness trackers will not be the only protagonists. It's likely that connectivity and sensors will "exit" the wrist and expand to other parts of the body. The big suspects are shoes, destined to become the fitness trackers of the future, but much more is expected from the global consumer electronics show. Last year the Muse meditation band attracted a lot of interest and it's likely that some "minor" manufacturers will be able to carve out a slice of fame with some similar product.

Not to be underestimated, finally, the presence of hardware manufacturers: in past years the stage of the Nevada technology fair has been chosen by Dell to present products such as the XPS 13-inch laptop and by Intel to show the general public the new generation of SkyLake processors. In short, last but not least, computing could be the real big star of the 2017 Consumer Electronics Show.

Some of the videos featured in this section were taken from the internet, thus rated in the public domain. If the subjects in these videos or the authors have something against the publication, just make a request for removal by sending an email to: [email protected] We will provide to the cancellation of the video in the shortest time possible.