No more than 3 or 4 years ago to organize a dinner with friends took at least a couple of hours between calls, text messages and various quarrels. The arrival of instant messaging applications has been a real godsend: you can create group chats and resolve the issue in less than sixty minutes.

Now all applications allow you to create group conversations with your friends or co-workers: in this way it is not only easier to exchange documents (PDF files, spreadsheets), pictures, videos and meet at the coffee machine, but in time of need you will always have someone to rely on. The application most used by users to create group chats is logically WhatsApp that has now exceeded the threshold of one billion users and allows you to send both text and voice messages. But the landscape is very varied and has dozens and dozens of different applications each with its own characteristics. Let's discover together the best ones.

Let's start with an application that in Italy hasn't had much success, but that was one of the first to focus everything on the possibility of making group conversations. Purchased by Microsoft and Skype to embellish the company's applications, GroupMe allows you to send group messages even to those who don't have the app installed on their smartphone: the user can also reply with a simple SMS. As in almost all instant messaging applications, you can share photos, videos and links in groups with your friends and open them directly within the app, without having to use the browser.

All content received via chats can be saved directly to the smartphone's memory and reviewed at any time. The app also offers a very substantial emoticon pack that lets you embellish your messages with smiling and happy faces. In addition, GroupMe also provides a desktop app that can be accessed via the web and allows you to synchronize your smartphone with your computer: in this way the user will not miss a single message and will be able to reply in any situation. The app is available for both Android and iOS smartphones.

BlackBerry as a smartphone manufacturing company has failed miserably and in fact has just announced that it will focus on other activities. The success that the Canadian company had in the early 2000s was mainly due to the functionality it offered: the phones were ideal for the business-man's world mainly because of a messaging application that allowed you to be always connected with the world. The experience of that application was transferred to smartphones thanks to BBM, the instant messaging app developed by Blackberry Labs. The application has several peculiarities and above all has an eye towards user privacy: in fact, it will be possible to send timed messages that self-destruct after a few seconds and permanently delete a group and erase all traces of it after the last member has left it.

Each group conversation can have a maximum of 250 users and it is possible to share photos, videos, to-do lists and appointments with your friends and colleagues that you shouldn't miss. BBM is an ideal tool especially for those who have to work remotely: within a single environment you can find everything you need to talk quickly. Besides, thanks to the Broadcast mode it will be possible to send a message to several users at the same time.

BBM also integrates channels where the user will be able to get the latest news from the world and in the meantime exchange messages with people he doesn't know. A simple and innovative way to meet people with the same interests. The application is available for free on the Google Play Store and the App Store.

Those who use Tango do so for a very specific reason: to meet new people scattered around the world. In fact, the instant messaging application as well as giving the possibility to create group conversations allows users to access public chats without any restrictions. You enter, get to know other people and chat: all very simple, easy and fast. To "make friends" with users just enter their profile and press the button to follow them, as you do with Twitter.

Tango supports both audio messages and video calls and offers users a fairly large package of emoticons and stickers. But the feature that sets it apart from the rest is the ability to access some mini-games hidden within the application: you can challenge your friends and use the chat to make fun of each other. Finally, the application also integrates a function that lets you apply Snapchat-style filters to your images. Tango is available for free for both Android and iOS users.

When a name is worth a thousand words. Groups is an application developed solely for Apple devices that allows you to better manage your group conversations. You can group your contacts into certain groups (Family, Work, Friends, Football) and send each of them the same message. In this way you'll optimize your time and you'll be sure you sent the right message to the right person. Despite a user interface that doesn't make you cry out for a miracle (on the contrary, it's rather ugly), Groups does its job perfectly and is very useful in complicated cases such as Christmas greetings or birthdays. The application supports any type of multimedia file and you can also send messages via email. Groups also offers support for iMessage, the instant messaging application developed by Apple and featured in all iPhones. The application is free but requires in-app purchase of some special services. 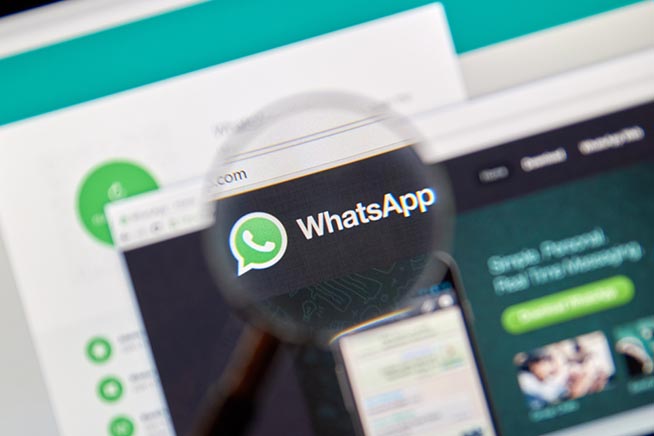 The application has been in the news for about a year now, when following a WhatsApp blackout that lasted for a few hours, thousands of users began using the app developed by brothers Nikolai and Pavel Durov. In addition to the ability to create groups, for a year now Telegram has implemented the ability to interact with bots that, using artificial intelligence, are able to give information quickly and accurately. In addition, on Telegram you can also create channels, a system widely used by newspapers and news websites. In practice, a user subscribes to a channel and can automatically receive all the updates posted by the channel: breaking news, in-depth analysis, images, videos and voice messages. In Italy, channels are increasingly used and provide a useful and accurate service.

The application for video calls logically offers a service for group conversations. Mostly used in the business world to make video calls, Skype offers the possibility to create many different groups depending on the people you need to communicate with. Through the application available for smartphones and tablets you can make group video calls and exchange working documents in PDF format.

Slack has revolutionized the way of communicating within workgroups: each user can create their own channel, invite people and start exchanging information material to stay connected even tens of kilometers away. It is possible to create totally private channels where to get access it is necessary to receive an invitation. In Italy it is not widely used, but in countries like the United States it has had resounding success. The application is available on both the Google Play Store and the App Store.

Some of the videos in this section were taken from the internet, so they are considered to be in the public domain. If the subjects in these videos or the authors have something against the publication, just make a request for removal by sending an email to: [email protected] We will delete the video as soon as possible.