Nokia 9 is expected to debut in September 2018 and promises to have top-of-the-line features: Snapdragon 845 and a camera with five sensors

Since Nokia returned to the world of telephony (February 2017) there have been rumors about the possible release of the Nokia 9. Almost a year after the first rumors, some rumors are back to talk about this device. The Nokia 9 is still in the plans of the Finnish company, although the technical characteristics in the meantime have completely changed.

In fact, the Nokia 9 that was talked about for most of 2017, was presented by Nokia during the Mobile World Congress 2018, but under the name Nokia 8 Sirocco. This did not stop the Finnish company in working on a new version of the smartphone, but based on the technical features of top-of-the-line devices coming out in 2018. According to the latest rumors, the Nokia 9 is expected to make its debut in September and will represent HMD Global's best device on the market in terms of features and functionality.

Information about the Nokia 9 for the time being is slim to the bone. The only leaked information reveals that the device will be a top of the line and should be very similar to the Nokia 8 Pro, another device of the Finnish company that should debut in the coming months (August).

The performance and the photographic compartment will be the two points on which HMD Global will focus on the development of Nokia 9. On board will definitely be the Snapdragon 845 supported by 8GB of RAM and 256GB of internal storage. The screen is expected to have a diagonal of 6.01 inches with an aspect ratio of 18:9 and QuadHD resolution. Most likely, the display will have curved edges like the Nokia 8 Sirocco. 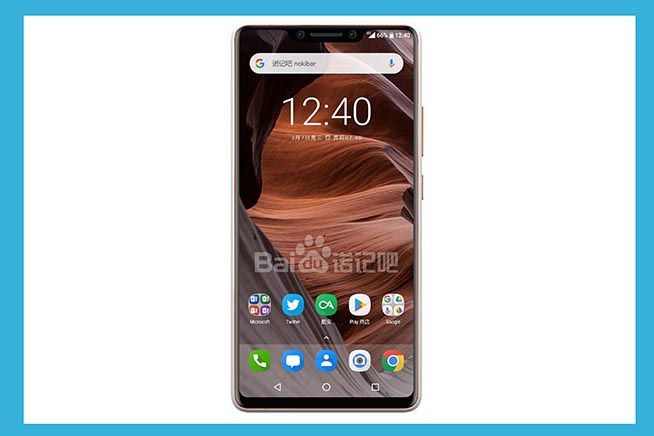 Abbiamo delineato le caratteristiche di un Nokia 9 che dovrebbe avere un design classico. But from some rumors coming from China, the Nokia 9 might have a notch, the indentation in the top of the smartphone first introduced by Apple on the iPhone X. The Nokia 9 would have very thin bezels and the notch at the top where the front camera compartment and facial recognition sensors would be enclosed.

When will the Nokia 9 be released

The Nokia 9 is expected to debut in September, as a sort of "Plus" version of the Nokia 8 Pro. For the market launch, it shouldn't be too long: between October and November, when all the year-end top-of-the-line devices will arrive on the market.